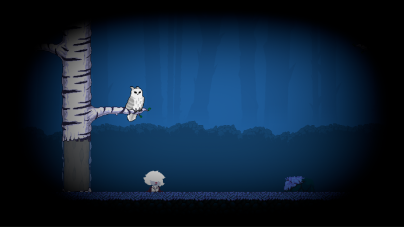 A narrative platformer about grief, death and a child named Sam.

Sam’s older brother, Caleb, is seriously sick, but Sam is not entirely ready to accept the fact that they might soon see Caleb for the last time. The game will take Sam on a journey towards the truth – all while overcoming tricky platforming challenges, because this is a video game, after all.

This game was made during the first game project course at the University of Skövde. We were a team of 14 in total working on the game, 3 of us programmers. I worked on many different parts of the game, but primarily I did much of the player movement code, camera behaviour, and the dialogue and cinematics sytems (which were built with a number of custom components on top of Fungus, to allow our writers and designers to easily implement content).