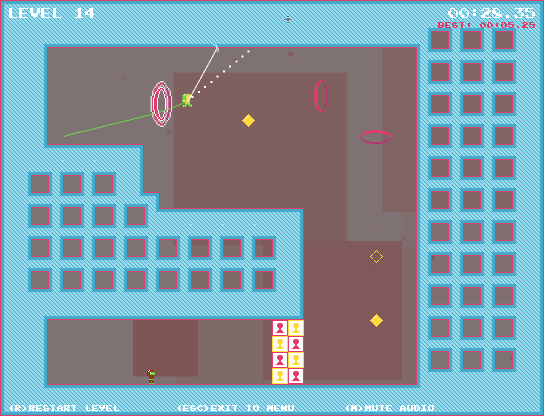 A fast-paced arcade platformer centered around a grappling hook mechanic.

In Huggernaut, you control two characters at the once and your goal is to get them both to meet. None of them can jump, but one of them has a grappling hook (which is way better, honestly!), and the game is all about using the hook for efficient movement.

Originally created for a game jam, I then polished up Huggernaut, added some more levels, and released it to the wild. I also licensed the game commercially to two web game portals (Armor Games and Coolmath Games).

This was a solo project – I did all the code, design and art (with music and sound effects being taken from various third-party sources).